Breakfast is the most important meal of the day, keeping us healthy and sharp.. 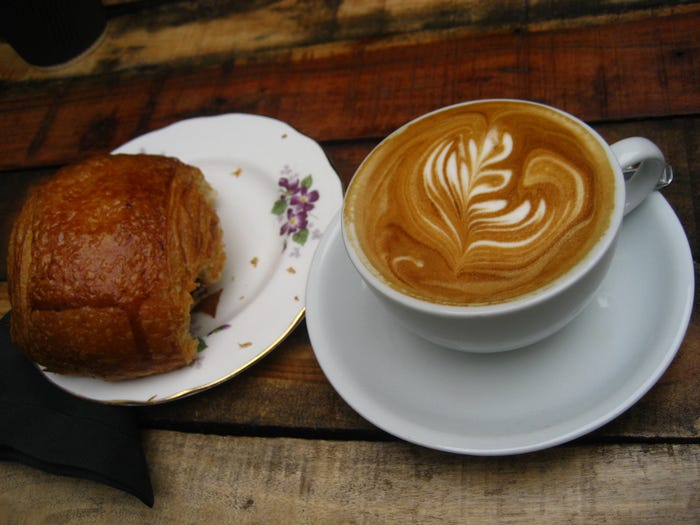 Breakfast is the most important meal of the day, keeping us healthy and sharp.

But breakfast foods vary wildly from place to place. Inspired by a HostelBookers.com post by Victoria Philpott and a Quora post, we took a look at some classic breakfast choices from countries around the world.

Whether it’s bread and cold cuts in Germany or baked cheese pancakes in Russia, each country does their first meal of the day a little differently.

An earlier version of this post was written by Max Rosenberg.

AUSTRALIA: The typical breakfast consists of cold cereal and toast with vegemite.

BRAZIL: Expect to find ham, cheeses, and bread, served with coffee and milk.

CHINA: Traditional breakfasts vary based on the region, but dim sum, small plates of food prepared in a variety of ways, is popular.

SWITZERLAND: The Swiss like to start their day with Birchermüesli: raw oats and grains topped with dried and / or fresh fruit and served in milk or yogurt.

PAKISTAN: Pakistanis enjoy heartier meaty breakfasts, like Nihari, a stew made with beef sirloin and / or shank pieces.

COLOMBIA: A traditional breakfast in Bogota is changua, a milk, scallion, and egg soup.

INDONESIA: Nasi goreng is commonly eaten in Indonesia for breakfast. The meals consists of a fried egg and fried rice, and sometimes meat or seafood as well.

GERMANY: A typical breakfast is made up of cold meats, including sausages, local cheeses, and fresh baked bread.

CUBA: The typical breakfast is cafe con leche — coffee with milk — served with a tostada, which is sliced bread that is buttered and grilled. The bread is used to dunk into the coffee.

FRANCE: A traditional breakfast includes croissants, or other sweet pastries such as pain au chocolat, and coffee.

THE PHILIPPINES: Pandesal — a bread roll made of flour, eggs, yeast, sugar, and salt — is a common breakfast food in the Philippines. The rolls are often dipped in coffee with milk.

POLAND: Similar to a German breakfast, a traditional breakfast in Poland consists of bread rolls served with an array of savory and sweet toppings such as meat, sausage, cheese, butter, jam, and chocolate spread.

INDIA: Idli wada is a traditional breakfast in the southern part of the country. Idli is a cake made with fermented black lentils and rice, and served with chutney and sambar.

ITALY: Many Italians begin their day with a cappuccino and hard roll or biscotti.

MOROCCO: Breakfast usually consists of breads with jam, and cheese or butter.

SCOTLAND: Simple but hearty, a good Scottish breakfast is often a bowl of porridge.

NIGERIA: With a variety of ethnic groups in the country, there are many traditional breakfast items. One of them is moi moi, a ground bean paste that is wrapped in leaves and steamed.

PORTUGAL: A standard breakfast includes stuffed croissants or bread with jam or cheese, eaten with coffee.

MEXICO: Mexican comfort food at its finest, chilaquiles are totopos (similar to tortilla chips) submerged in a spicy sauce with a fried egg and various toppings such as avocado.